The awards ceremony, organised by Film Fund Luxembourg and D'Filmakademie, was held in the presence of Their Royal Highnesses the Grand Duke and the Grand Duchess of Luxembourg, Prime Minister and Minister for Communications and Media Xavier Bettel, Minister of Culture Sam Tanson and Luxembourg City Mayor Lydie Polfer.

The Director of Film Fund Luxembourg, Guy Daleiden, and the President of D'Filmakademie, Yann Tonnar, presented the following winners based on the results of the votes of D'Filmakademie members:

In addition to these prizes resulting from the two voting rounds involving members of D'Filmakademie, an ad hoc jury made up of international professionals awarded the Prize for Best XR Work to Ayahuasca by Jan Kounen (co-produced by a_BAHN).

The Luxembourg Critics' Prize, a special press prize awarded by the Luxembourg Association of the Cinematographic Press (ALPC), went to Wolfwalkers by Tomm Moore and Ross Stewart (Mélusine Productions).

This 9th edition of the Luxembourg Film Prize, initially scheduled for autumn 2020, had to be postponed for one year due to the pandemic.

The awards ceremony took place in person in compliance with the health measures in force and was broadcast live for the first time. 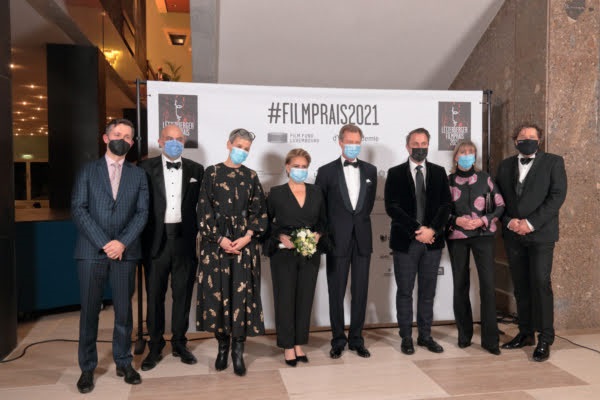